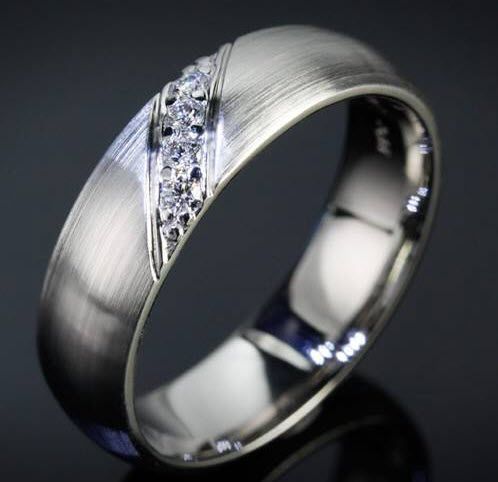 It is common sight to see women spotting an engagement ring, a wedding ring. In some cases, they later get eternity ring as well. The women who wear these rings are not at a point in any of the stages where they got these rings independent of a man. If the women are getting a ring, a man should get an equivalent as well. The realization of this in recent times is part of the reason why engagement ring for men is becoming a new trend. When a woman is engaged to a man, the man and the woman should both get an engagement ring. The man however does not have to continue to combine all the rings, as he could drop the engagement ring for his wedding band the instant they get married.

Engagement ring is actually a symbol that passes across a message. When a man proposes to a woman, she gives him the ring which serves as a symbol of being engaged, commitment and love. When other men see her with the ring, they are able to know of her status of belonging to another man and that it will be better not to bother them anymore. An engagement ring for a man will also pass a message to other interested ladies that he is engaged. A lot of women love to see their men in engagement rings as well as a sign of love and commitment.

How to Care for Succulents

How to Grow and Care Fuchsia